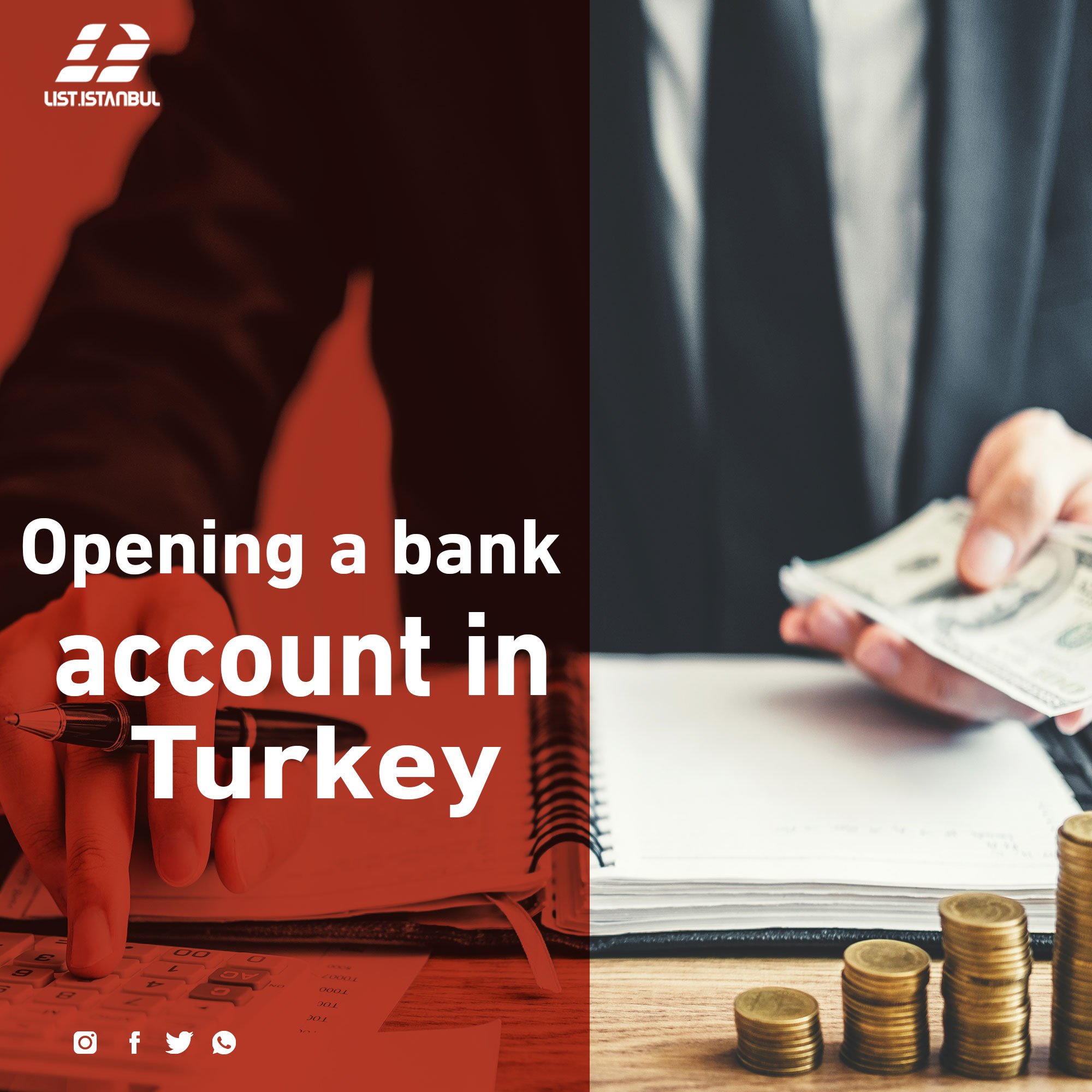 The importance of opening a Turkish bank account
Opening a bank account in Turkey helps you accomplish many matters and official transactions, such as paying study fees in Turkey, paying monthly rents, paying water, electricity and internet bills, paying taxes, paying health insurance premiums or any other type of insurance, paying loan installments, paying installments Real estate, the use of credit cards, online purchases, money transfers, exchange of currency at a lower cost than exchange in exchange shops, and you can take advantage of the applications of each bank to accomplish any of the previous matters, whether you are inside or outside the Turkish territory.

Types of bank calculators in Turkey
Current accounts, and these accounts are not limited to a specific period, and you can withdraw money at any time. No profits are calculated upon deposit. You can open an account or more than one account in different currencies, such as the pound, the dollar and the euro.
Participatory accounts, which is a participatory account between you and the bank, and returns are distributed within the principle of a shared profit or loss. The rate of return is determined at the end of the account period and not at its beginning.
Current gold accounts These accounts are not limited to a specific period and are used to save in the form of gold, and the bank that deals with real gold issues certificates with the value of the gold saved in your bank account.

One of the most important banks in Turkey
There are many banks in Turkey, including the Turkish Ziraat Bank, Türkiye Ziraat Bankası, Kuveyt Türk Katılım Bankası, Anadolu Bank, QNB FİNANSBANK, İş Bankası, Turkish Business Bank (İş Bank), Garanti Bankası, Turkish Guarantee Bank (Granti Bank), Akbank Akbank, Fibabanka Fiba Bank, Burgan Bank, Burgan Bank “Kuwaiti”, Yapı Kredi Bankası Yapı Kredi, Odeabank Bank Audi, Al Baraka Turk Bank, Al Baraka Bank, Asya Katılım Bankası Bank Asya, Şekerbank Shukr Bank, Vakıf Bank, Turkish Endowment Bank, TÜRKİYE HALK BANKASI, Turkey's Halkbank, the “Popular Bank”, Deniz Bank, “The Sea Bank”.
Among the most important banks is the Turkish Ziraat Bank, Türkiye Ziraat Bankası, which was established in 1888 and has taken its current form after all of its branches joined the Ankara branch in 1922. This bank has more than 1545 branches around Turkey and more than 4000 ATMs. This bank provides jobs for more than 24 thousand people. It includes companies including the Agricultural Contracting Company, the Agricultural Leasing Company, the Agricultural Insurance Company, the Agricultural Technology Company, the Financial Cultivation Portfolio and many others. It also has new branches around the world in New York, London, Bulgaria and Georgia, as well as in Iraq. It has two branches in Baghdad, Erbil, Cyprus, Greece, Jeddah in Saudi Arabia and Tehran in Iran and many other branches.
Kuveyt Türk Katılım Bankası, which was established in 1989 and is the third Islamic bank in Turkey with more than 350 banking branches in Turkey and Kuwait and has several branches in the UAE and Bahrain. Preparations are made to open branches in Qatar and Germany, and there are many Arab employees in Turkish branches and it is considered the first destination For Arabs in Turkish lands.

The papers needed to make a Turkish bank account
A valid passport, tax number, a rental contract for a house or proof of ownership or a bill for electricity, gas or water, filling in the contracts that the bank asks you to fill out and sign, and then the bank employee makes the ATM card, you specify the password for your card and you can change it later.
How can you open a Turkish bank account while you are outside Turkish territory?
You can open a Turkish bank account while you are outside Turkish territory, but the issue is more difficult and complicated, and to be easier, you must have a valid residence permit inside Turkey and if you do not have a valid residence in Turkey, you can open the account from outside Turkey, but with difficulty and related to the bank, its procedures, type of account and the amount that you want to deposit Some banks in Turkey provide facilities if the amount paid is in dollars or euros.

Important Notes
Many banks deal in English and Arabic, even in addition to the Turkish language. You can know what is written in the form that you will sign. Turkish banks have their own websites and support many foreign languages ​​besides Turkish. There are some banks that support English and Arabic, and it is preferable when you go to do bank account procedures. To have a translator with you in order to facilitate communication between you and the employees and to know more details.