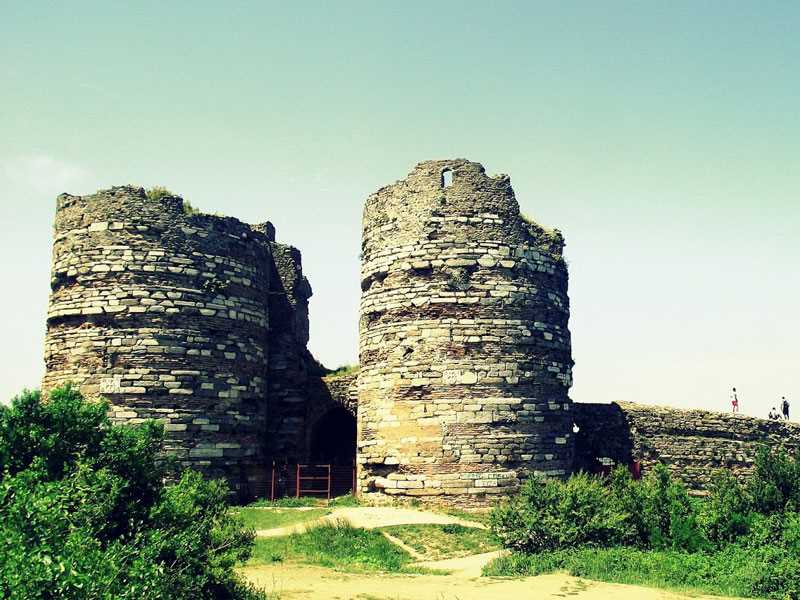 The historical castles in Turkey are a testimony to the history of ancient Turkey, such as on the top of the mountains, as in Istanbul's ancient fortress of Yoros, frequented by many tourists from around the world.

Yoros Castle is located in the region of Pecos, specifically at the confluence of the Black Sea and Bosphorus in the Asian section of Istanbul, and is visible from the horizon as watchtowers guarding the entrance to the straits. There are those who claim that the fortress of Yoros from the building of the Byzantines because it dates back to the Roman era where it was built by Roman East and others claim that it is the building of the Genoese. A number of the castle's towers collapsed over time, but its entrance remained steadfast to this day.

The castle extends over an area of ​​500 m. Its height ranges between 30, 60 and 100 m. The narratives that speak about the true meaning of the name vary, but it is common that it is Greek. It is also called Genoa Castle because of the control of the Genoa by the Genoa in the middle of the 15th century.

The Beykos region is a fertile fishing port, and the surrounding areas are known for their fish as main meals and in different ways. Especially the hamsi balığı, a small fish that does not exceed the length of the finger fry and offers as impressive as the fingers of the potato. The coastline of the region is one of the most beautiful marine places ever, with its clean water and takes shape near the beach.