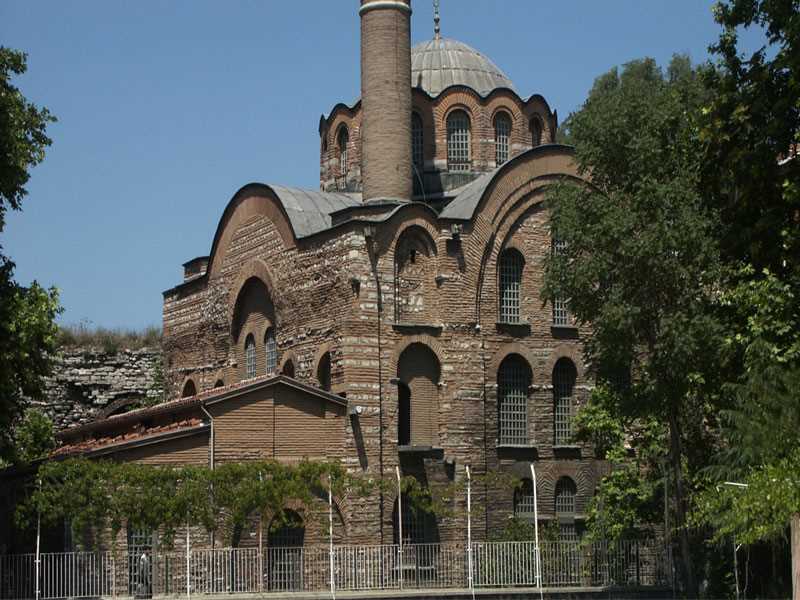 One of the mosques that was originally a church. It is located on 16 March Martyrs Street in the Kalendarkhana district of Aminunu district of Al Fateh district in the European section of Istanbul. Is a mosque originally a Catholic church (not known exactly the history of the church but believed to be built between the 9th - 12th centuries) was converted into a mosque after the conquest of Constantinople.

After the conquest of Sultan Mohammed the conqueror of Constantinople gave this church to the Dravish army, which was called the name of Calender and for this reason called the mosque in the name of Calendrakhana. It was converted after the 18th century into a mosque by the director of Bab Al Sa'ada Bashir Aga after it was used as a church and before it was a monastery.

The mosque was destroyed in the late Ottoman Empire and its ears were destroyed as a result of the thunderstorms of the 1930s. After the restoration work, which lasted from 1966 to 1972, reopened the worship. The excavations were carried out between 1966 and 1975 by the Universities of Harward and Istanbul Technical University.