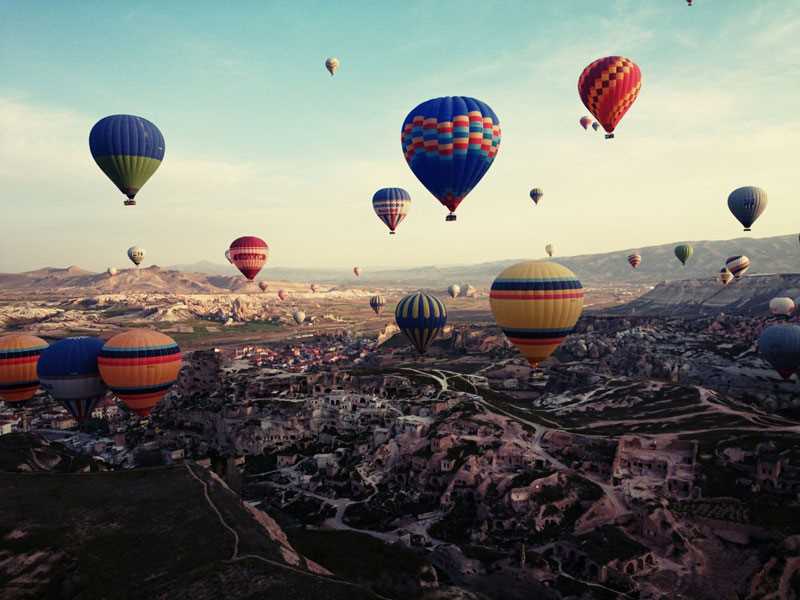 The Turkish cities are characterized by their beautiful and charming nature, as well as the diversity that exists between the Turkish cities. Each city of Turkey has advantages and attractions that are natural or archeological and distinct from other cities. We remind you dear reader of the most important tourist cities.

Istanbul is the heart of Turkey. The economic, cultural and tourist center, although not the capital but has an important and distinctive place among Turkish cities, is the largest Turkish city, the capital of the ancient Ottoman Empire, where it was called Constantinople. It was also the capital of the Byzantine state and was then called Byzantium, as it was called by other names such as Astatah and Islambol. The city of Istanbul has a long history spanning thousands of years. It has many historical and religious monuments, the most important of which are the historical mosques, which highlight the Ottoman design, the most important of which are: Sultan's Mosque, Al-Fateh Mosque, Sulaymaniyah Mosque, Abu Ayyub Al-Ansari Mosque and others. The most famous churches are the Hagia Sophia, which was a cathedral surrounded by Muslims to a mosque in the Ottoman era, and then turned into a museum in the reign of Kemal Ataturk. Istanbul Panorama Museum 1453, which tells the story of the opening of the city with 3D technology, the Topkapi Museum, the Dolma Bahja Museum, as well as the picturesque gardens of Gulhana Park and the old Turkish baths.

Istanbul has many world-famous attractions, such as Taksim Square and Istiklal Street, as well as ports such as Aminunu Port and Yeni Kabi Port.

Istanbul is the only city linking Asia and Europe, with its magnificent architecture, historical sites, restaurants, markets, nightlife and more. All these and other things make it one of the best cities to visit in Turkey.

The capital of the Turkish Republic, the second largest city of Turkey and comes after Istanbul. Ankara is located in central Turkey and central Anatolia. It has a warm climate in summer and cold winter. It is a fascinating city filled with historic neighborhoods, narrow old streets and red-painted Ottoman houses. Ankara has many historical sites, museums and archaeological sites such as the Roman Theater, the Temple of August Rome, the Roman Bath, the Victory Monument representing Ataturk with its military uniform, as well as entertainment and recreation areas such as parks and popular and trendy markets.

Antalya is located on the Mediterranean Sea, as well as its location between the Taurus Mountains. Antalya is one of the best tourist cities visited by millions of tourists a year during the summer. There are many tourist areas such as: Olympus, Kemer, Alanya, Contras, Kikova, Ataturk Park, Theme Park, Antalya Museum, Water Museum. Lara Beach is one of the most beautiful and magnificent beaches there.

Izmir is located on the Aegean Sea and is considered one of the most important seaports. This makes it an important trade and transportation hub. Izmir is the second largest port after Istanbul. The city of Izmir has many tourist attractions, including the remains of the city of Agora dating back to the Greco-Roman era, the Izmir Museum of Archeology, which displays the civilizations that passed through the city, the fortress of Qudayfa built by Iskandar, the Hasar Mosque, the ancient city of Afs, the historic city of Bergama and the coastal region of Chashma.

The historical city of Izmit, Turkey's first historic tourist destination, is the capital of Kogali. Located in the east of Istanbul, about 100 km away, Izmit is a bay called Izmit Bay overlooking the Sea of ​​Marmara. It is an attractive industrial investment city for its paper, cement and other factories.

Bursa is the first capital of the Ottoman Empire and the first destination for tourists and the fourth largest city in Turkey. Bursa has a beautiful nature, with rivers, waterfalls and historic green forests dating back to ancient civilizations.

It is famous for the Uludag Mountains, snow-capped mountains in winter, which attracts snow-loving tourists, and in the summer and spring it is a green oasis. In addition, there are many Greek and Ottoman monuments on the bourse. The most important landmarks of the city are the Grand Mosque and Prince Sultan Mosque. As well as markets such as Yildirim and Koza Khan markets.

One of the most scenic tourist cities in Turkey, situated on the shores of the Sea of ​​Marmara, Yalwa is famous for its healing spa tourism, with warm mineral springs located in the village of Termal, which flows from the top of the Sand Hill. The most important tourist areas in Yelwa: In addition to the village of sand, the village of Jok Chidra, Sudushan Falls, Chinarjik Resort, Yalova City Museum, the Mobile Palace, Kemal Ataturk Palace Museum, Termal Ataturk Palace, Hercek Pasha Resort, Ahmed Zada ​​and the Black Church.

One of Turkey's most famous tourist cities, Spanga is famous for having a lake called Spanga Cool, one of the most beautiful lakes in Turkey, as well as the village of Maheshokiya, which has waterfalls and a snow-capped mountain in winter, which attracts tourists from snowboarding enthusiasts.

The city of Bodrum has beautiful tourist attractions from sandy beaches, most notably Fink Beach, which features many of the most important recreational activities, water skiing and boat trips. The most important tourist attractions in Bodrum include: Maritime Archeology Museum, Bodrum Amphitheater, Mindus Gate, Bodrum Castle (St. Peter's Castle).

Trabzon city with a charming nature. Trabzon overlooks the Black Sea. The city of Trabzon is one of the most important tourist attractions for foreigners in general and Arabs in particular. It has a cultural heritage of the Roman, Byzantine and Ottoman empires. The main tourist attractions in Trabzon are: Ouznjul Lake, Trabzon Square, Sultan Murad Heights, Haider Nabi Resort, Syracul Lake, Chal Cave, Sumila Monastery and White Ataturk Palace.

Situated between Ankara and Istanbul, the city of Polo is surrounded by its green, biodiversity-rich biodiversity of animals and plants, as well as rivers, lakes and beaches overlooking the Black Sea. Polo is one of the tourist attractions of the medical therapeutic tourism, in addition to the beauty of nature, it contains many hot mineral water. The most important tourist areas in Polo: Abant Lake, Samandra Waterfall, Seven Lakes Park, Polo Museum, Sari Kaya Grotto, Vakili Cave, and Aksu Grotto. It features a cool polo climate in summer and winter snow.

Mersin is one of Turkey's most important tourist cities overlooking the Mediterranean Sea. Mersin has the longest coastline in Turkey. In addition to scenic nature and high-end resorts, Mersin has historic monuments. The most important tourist areas in Mersin are the sandy beach of the Mediterranean coast (Mersin coast), the Gusco river, the Tarsus museum, the castle of Maamoura, the castle of Quraiocos, the Elissu waterfall, the historic town of Kantles, the Annamur valley and the lemonloe valley.

Of the large cities located in the center of Anatolia in Turkey. Tourism in Konya is different from the rest of the tourist cities in Turkey. It does not contain luxury beaches and resorts, but it has historical and archeological monuments such as the Maulana Museum, which includes the mausoleum of Jalaluddin al-Rumi, and many historic mosques including the Azizia Mosque, Religion is also called the Aladdin Plateau where families gather.

Aski Shahir is located in the Anatolia region in northwest Turkey, built by the Greeks on the shore of the Bursuk Chai River in the year 1000 BC. It is one of the most important areas of therapeutic medical tourism where it contains hot mineral springs that cure many diseases.

Samsun is the main port of Turkey on the Black Sea. The city of Samsun is characterized by the beauty of its diverse nature between the sea, the river and the mountain. The most important tourist areas in Samsun: Samson Museum of History and Anthropology, East Park, Samson Cable Car, Ataturk Museum, Gazi Museum, Tekoe Caves.

Mardin is located in southeastern Turkey. Mardin is one of the oldest settlements in the region, characterized by cultural diversity and ancient sandstone buildings. The most important monuments in Mardin: the monastery of Saffron, the school of Sultan Issa, and the monument of the Middle Ages.

A beautiful city that has not changed its name to this day despite its long history that extends to the Hittites. Amasia is located on the Black Sea, in the northeast of Turkey. Amassia is named with several titles: Jewel, Art Painting, and City of Lights. The city of Amazia is surrounded by monuments and museums dating back to ancient times such as the Roman, Seljuk and Ottoman periods. The city of Amasia is one of the cities inhabited by kings, sultans and princes such as Sultan Mohamed El Fateh, Mohamed I, Murad II. Amasia has a small lake between its beautiful forests called Lake Bourabay.

The charming land which lies in the center of Anatolia. The city of Cappadocia is an impressive tourist town and has been listed on the World Heritage List of the United Nations Educational, Scientific and Cultural Organization (UNESCO). The Persians then settled the Persians, then the Hittites, then the Assyrians, Greece, and then the Armenians settled them during the Byzantine period, then they were invaded by many Turkish tribes, settled in.