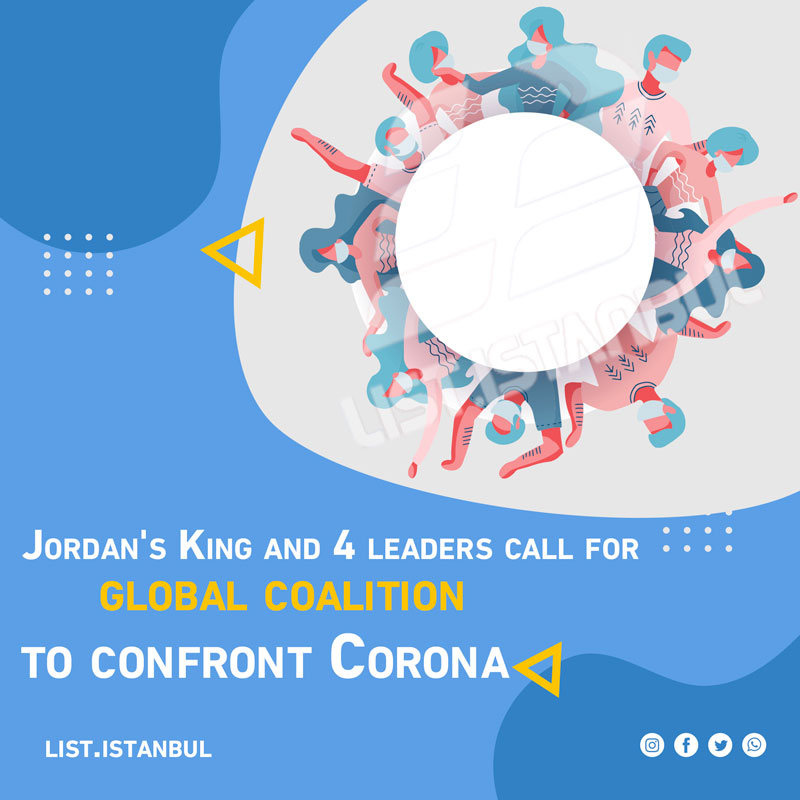 Jordan's King Abdullah II and four other leaders called on Tuesday for united international efforts for a "global alliance" in the face of the spread of the emerging Corona virus.

This came in a joint article published by the British "Financial Times", by the Jordanian monarch and the presidents of Germany, Frank-Walter Steinmeier, Singapore, Halima Yaqoub, Ethiopia Sahlurq Zudi, and Ecuador's Lenin Moreno Garcís.

According to a statement of the Royal Jordanian Court, Anatolia received a copy of it, the leaders called in their article to unite the global efforts in confronting and containing the emerging corona virus.

According to the same source, they added: "We can contain the Corona virus and deal with it more effectively, by demolishing the barriers that hinder the exchange of knowledge and cooperation."

The five leaders praised the efforts "who work around the world diligently and diligently to save lives and continue to provide indispensable services."

In the same context, they said: "These people give us hope and inspiration that our societies will not only overcome this crisis, but will become stronger and more connected to each other."

They continued: "We all face the same enemy, and we will win this war if we mobilize the full forces of mankind to confront it. No single country, or some countries, can win against the virus alone."

In their article, the leaders called for "a new global alliance to accelerate scientific research, enhance its funding for access to treatments and vaccines, and increase the production of testing tools and viruses and the necessary medical equipment."

They concluded their article by reaffirming that no country can avoid this epidemic, regardless of the size of its economy, its potential, and its technological advancement.

And they said, "We are all equal before this virus, and we must work together to overcome it."