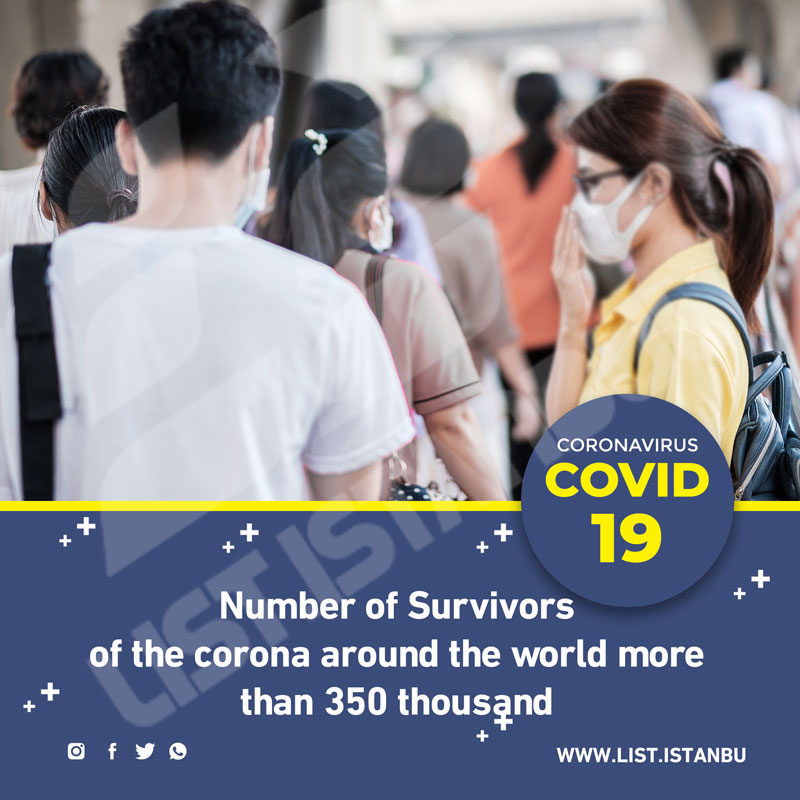 As of Thursday evening, the number of people recovering from Corona Virus infection worldwide reached a barrier of 350,000.

This came according to data published by the "World Meter" website for monitoring the latest statistics on the virus around the world.

And the website numbers showed that 353,138 people managed to overcome and recover from the disease.

China topped the list of countries with the largest number of people recovering, with 77,370 people, followed by Spain with 52,165, and Germany with 50,557 people.

According to the latest toll on "World Meter", the death toll due to corona around the world exceeded the threshold of 95 thousand cases.