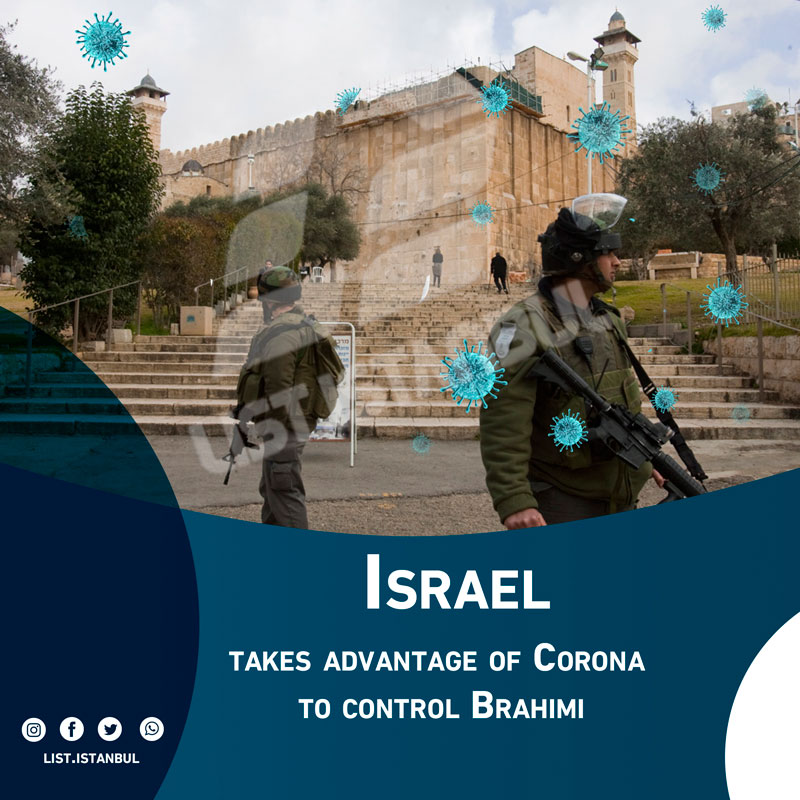 The Palestinian Ministry of Endowments and Religious Affairs warned, on Tuesday, that Israel would use the Corona virus outbreak to control the Ibrahimi Mosque in the city of Hebron, in the occupied West Bank.

In a press release, the Anatolia Agency received a copy, the ministry said that the Israeli authorities closed the mosque and prevented guards and a barn from entering the mosque, while only allowing the muezzin to enter the call to prayer.

She added, that the closure of the Ibrahimi Mosque, by the Israeli occupation in front of the endowment employees, is only "an attempt to fully control it in a step that may continue until after the end of the crisis we are living in these days."

The Ministry of Endowments called on the international community to work to "prevent the Israeli occupation from implementing its plans to transform the mosque into a Jewish synagogue in a deal that strikes the exclusive right of Muslims to the wall."

The Ministry of Awqaf had closed the Ibrahimi Mosque to foreign visitors and worshipers, and had kept the sodan and guards at the head of their work, to counter any violation of its sanctity by the Israeli occupation.

Since 1994, the Ibrahimi Mosque, which is believed to have been built on the shrine of the Prophet of God Abraham, peace be upon him, has been divided into two parts, one for Muslims and another for Jews, after a Jewish settler killed 29 Muslims while they were performing Fajr prayer, on February 25 of the same year.