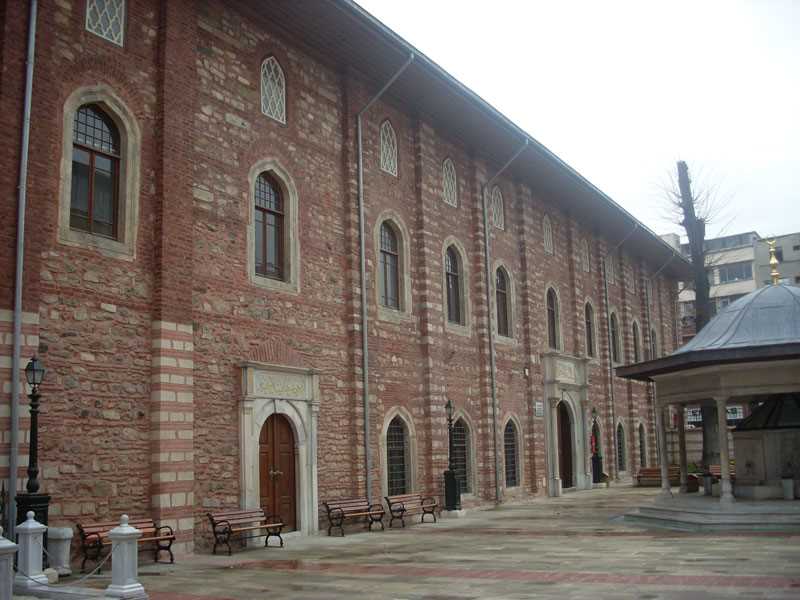 Between past and present, civilization still exists to this day. The Ottoman era has its own history and its historical monuments.

In this article we will learn about one of the most important historical landmarks that tell the story of the conquest of Constantinople (Istanbul), the Arab Mosque, the first mosque built in the city of Istanbul.

The Arab Mosque is located in the Beyoglu region, specifically in the north of Istanbul, opposite Istanbul's Old City and under the Galata Tower in the European section of Istanbul. It is one of the mosques built according to the Andalusian architecture. Its square light resembles the beacons of Andalusia and the Maghreb. The mosque is designed in a rectangular shape. It stands on 22 wooden pillars. It has one lighthouse and is composed of three floors. It has a marble pulpit and its walls are of brick and stone. The dome of the flat flat, in addition to that is located next to the tomb of an Arab tomb is Abdul Malik.

History of the Arab Mosque

Built in 717 by an Islamic army led by the companion Musallama ibn Abd al-Malik, who came to the conquest of Constantinople, the Muslims besieged the Byzantines in 95 AH for nearly a year of land and sea. The army was unable to open Constantinople at that time, and only controlled the area of ​​Galata. An agreement was signed between the Islamic Army and the Byzantine Emperor Leon to build a mosque in the area controlled by the Islamic Army and use it to perform their worship. Muslims led their worship in the Arab Mosque for almost 7 years, ended with the return of the Islamic Army to the Levant. When the Muslims returned to their homes, the Byzantines then took over the mosque and turned it into a church called the San Palo Church, which is a follower of the Domenic doctrine, and then turned its ear to a bell for the church.

After the conquest of Constantinople in 1453, Sultan Mohammed al-Fateh restored the mosque to its first place, restoring the old name of the mosque. They built a platform for the Ottoman Empire as the "Mosque of the Arabs" and made great changes to it.

The mosque was surrounded by many sacred secretaries such as the beard of the Prophet, peace be upon him, which was then transferred to other places to preserve them. The mosque is still open to worship so far.