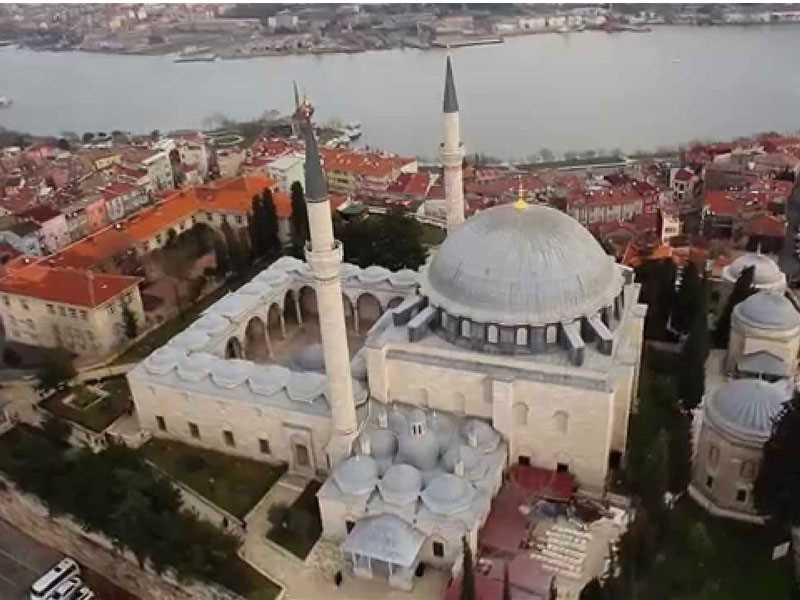 The second oldest Ottoman royal mosque in Istanbul. Located in the Al Fateh area in the European section of Istanbul.

The mosque was built in 1520 AD by the architect Sinan Agha and ordered by Sultan Suleiman the Magnificent to commemorate the death of his father, Sultan Selim I, who died in 1520.

The mosque of Yawooz Salim was built in the form of a complex consisting of: the mosque, the emirate house, the boys' school, the printing press, Dar al-Shifa, the bathroom, and the mausoleum. The idea of ​​building the mosque was summed up from the Mosque of Aderna. The complex consists of a large courtyard that enters into an inner courtyard surrounded by a 22-dome hall. And enter the inner courtyard of three doors and different directions. In the middle of this courtyard there is a fountain covered with a dome with eight columns of marble. The roof of the mosque covers a large dome with a diameter of 24.5 m. The large dome and beyond the ground indicates the extent of the dominion of the dome on the whole mosque.

On the right wing of the campus is the Muezzin Forum, which has six columns. On the left wing and in an attractive view is the Sultan's Forum, which has eight columns. The decorations and inscriptions on the door on the direction of the qiblah as well as on the superstitions of the windows and engraved on the Kashi luxury, indicate the beauty and splendor of the mosque. The minaret, made of skilled marble, with two balconies and one terrace, is one of the most interesting landmarks in this building. The traveler Olia Chalabi recounts that the cages containing the gilded stars in the Sultan's Forum were added during the reign of Sultan Ibrahim.

One of the most interesting places in the Yawoz Selim Mosque is the eight-storey mausoleum that was carefully constructed and has a hallway entrance. The mausoleum is located on the Qibla side of the mosque and belongs to Sultan Selim I. At the end of the head from the tomb is a caftan hanging on the headstones (the caftan is a long jubbah like the dome of the Imam). This caftan is the famous caftan, which is sprinkled with mud from the foot of the horse of Imam Ibn Kamel, one of the imams of that time. Other shrines of similar architecture include the tombs of the sons and daughters of Sultan Sulaiman al-Qanuni, who gave them a younger age. As well as the tomb of the Sultan's mother Sultan Sulaiman al-Qanuni.

The sections of the complex that have survived to this day are the mosque, the shrines and the boys' school at the entrance to the outer courtyard.