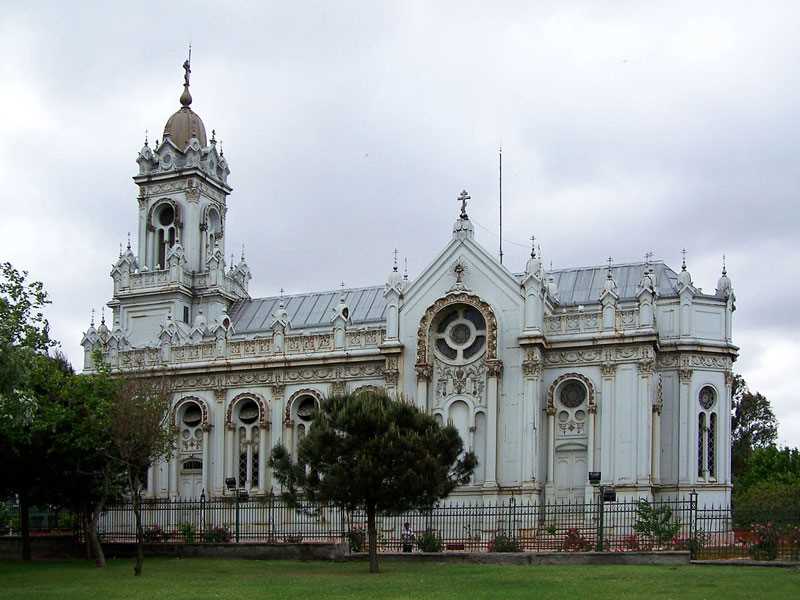 The Church of Sveti Stefan is one of the most important Baptist churches in the Middle East.

The Sveti Stefan church, also known as Demir Kilisesi, is located in the Balat district on Mürselpaşa Street in the Fatih district of the European section of Istanbul.

The church was built by the Bulgarian minority in the Ottoman Empire because of their strong desire to establish an independent church from the Patriarchal Patriarchate. After the Bulgarians obtained official approval from the Ottoman Empire for the establishment of the church in the 19th century, a monastic house in the name of Matouh was initially established on the other part of Mursal Pasha Street.

The writings on the building indicate that the monks' house was completed in 1850. After the completion of the building, a small wooden church was built on the other side of the street. Then the modern church with the iron structure was created.

The design of the church was adopted by the Armenian-born architect Hovsep Aznavur and its construction was transferred to the Austrian company Wakens through a global competition. Where the company established the church in the company's garden in Austria and then the building was transferred to Istanbul via the Tuna River and the Black Sea and installed in its current location. The church was opened for worship in an official ceremony in 1898.