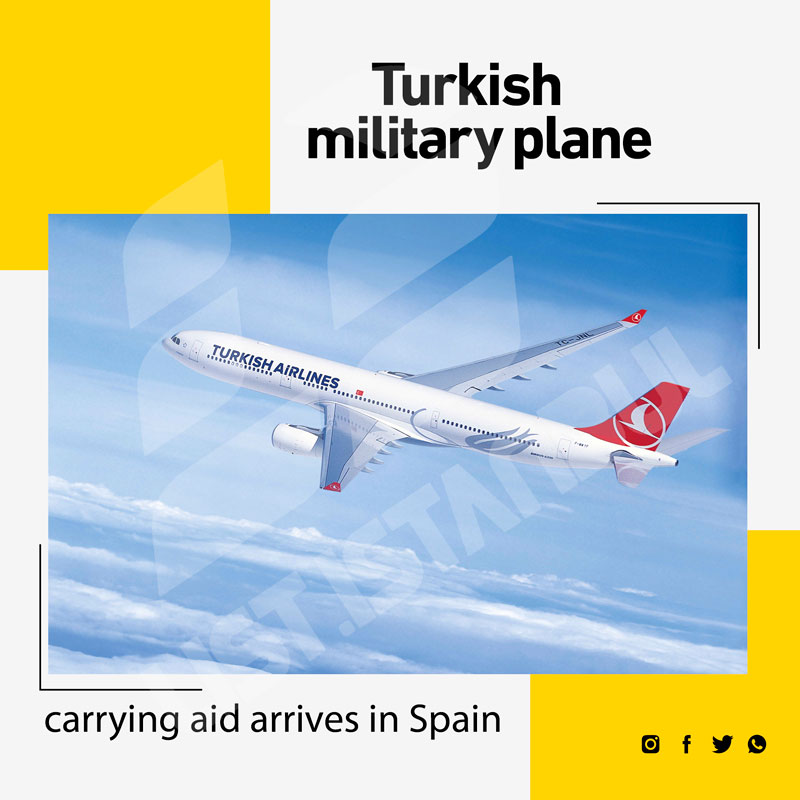 A Turkish military aircraft carrying medical aid arrived in Spain, one of the countries in Europe worst hit by the novel coronavirus.

Earlier on Wednesday, the aircraft departed from the capital Ankara for Spain and Italy.

"Upon the instructions of President Recep Tayyip Erdogan, health supplies consisting of masks, overalls and anti-bacterial fluids, produced domestically in the Defence Ministry’s factories and sewing facilities with local resources, will be sent by TAF aircraft to Italy and Spain to combat COVID-19," Turkish Defense Ministry had said on Twitter.

After originating in Wuhan last December, the virus has spread to at least 180 countries and regions across the world, with its epicenter shifting to Europe, while China has largely come out of the crisis.